In 2020, CSIT members will again have a number of dates and official championships in store for them 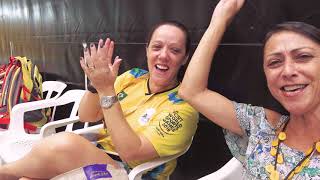 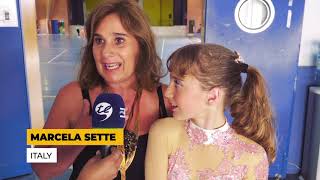 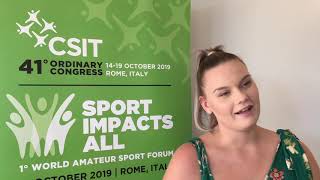 CSIT President Bruno Molea opened the Forum and welcomed the audience: “CSIT is a big movement with 42 member organizations worldwide. We have millions of sports man and women practicing sports in our different competitions. It is time to think about what we do and what we transport. It is time to show the world the importance of our movement. We are not about Olympic medals but important grassroots sports for also integration and inclusion.”

Italian Minister for Equal Opportunities, Elena Bonetti, stated: “I believe the world of sports has an important role in our society. Amateur sport is one of the most important elements in the different communities. It plays a big role and in the support of families as educational tool. This is the reason why we are supporting the building of facilities for sports for building of communities.”

The opening speeches were followed by reports on the olympic perspective – described by Francesco Ricci Bitti, president of Asoif, The Association of summer olympic international federations, and member of the CONI Executive Board, and by the vice-president of CONI Franco Chimenti. In addition to Sport in Comune, one of the strategic national projects of AICS, there was also the presemination of the results of the European project OutSport against sexual orientation discrimination in the field of sport and of the European project YOUAca for the professional growth of future sport managers.